They are most commonly referred to as the “Kubische Kabine” in German, referring to the squared-off appearance of the cabin.

“LP” was also used on the cab-over versions of the preceding range of Mercedes-Benz trucks.

The heavy- and medium-duty models had been discontinued by 1975 as the Mercedes-Benz NG range took over, while the lighter portion of the range was only replaced in 1984, by the new LK (Leichte Klasse, “light class”). 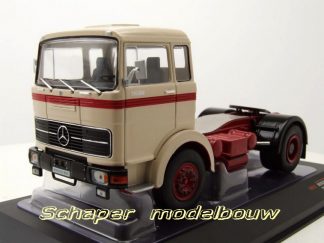