History:
The KrAZ-255B (6 × 6) 7,500 kg truck entered in production in 1965, with full series production commencing in 1967. The KrAZ-255B was the direct replacement of the earlier serially produced KrAZ-214 7,000 kg (6 × 6) truck. The KrAZ-255B (B1) was a later model that featured a revised braking system.The KrAZ-255B had some visual similarities with the earlier KrAZ-214 but had a more powerful engine, a V-8 four-stroke diesel developing 240 hp to replace the six-cylinder two-stroke 205 hp unit of the KrAZ-214. Other design improvements included a hydraulic steering booster replacing the pneumatic booster of the KrAZ-214, and the standard 1400 × 20 tyres of the KrAZ-214 were replaced by new wide section pressure adjustable tires with a centralised tire inflation system controlled by the driver directly from cab. In 1976 the KrAZ-255B was equipped with a new dual-circuit braking system that replaced an earlier single circuit system, and such vehicles were given the revised KrAZ-255B (B1) model designation.Many of the roles previously undertaken by the KrAZ-214 were transferred to the KrAZ-255B when it entered series production, these including carrying and laying the TMM treadway bridge; carrying and launching the PMP heavy floating pontoon bridge; carrying and launching the BMK-T bridging boat; mounting of assorted engineer/construction equipment and cranes including the USM pile driving set, the E-305 BV crane shovel, and the EDV-4421 excavator; assorted tankers including the ATsM 7-255B 7,000 litre fuel tanker towing the PTsM 8925 5,800 litre trailer. 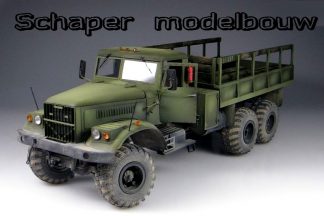